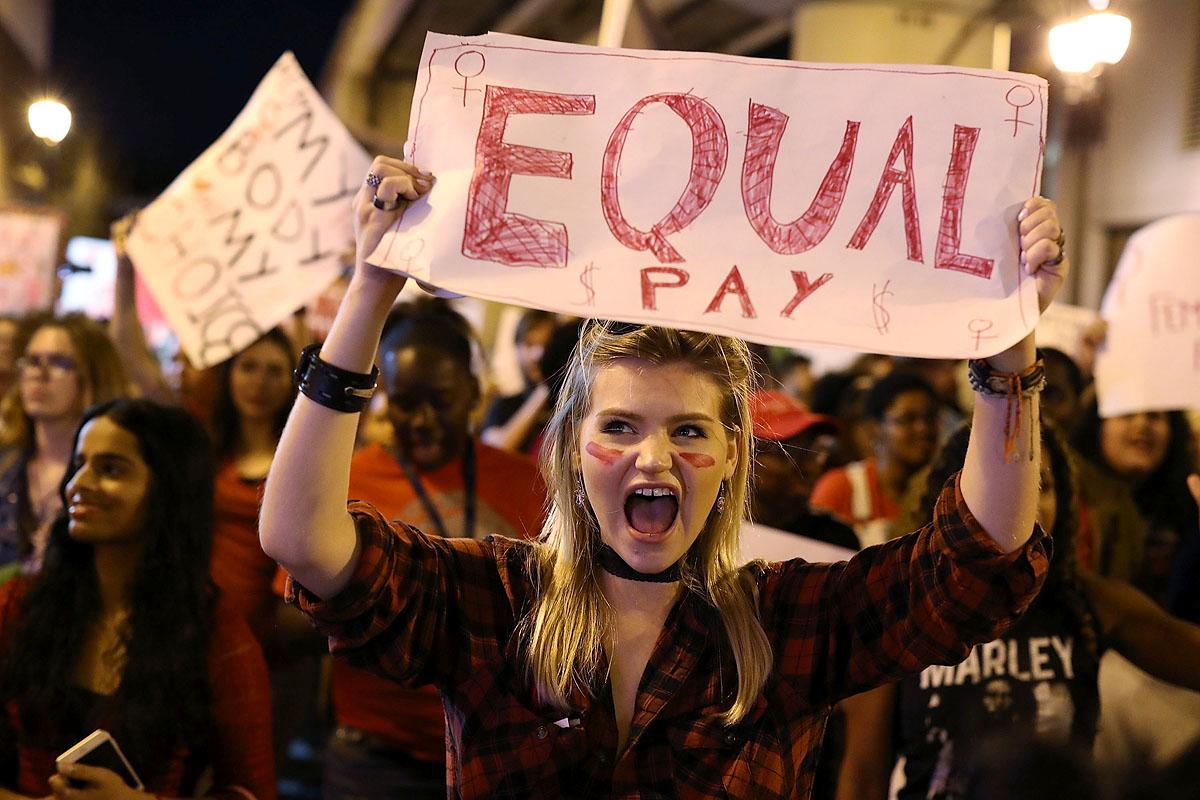 British women want to take the Me Too movement beyond sexual harassment and assault and towards equality in pay, with help from data that companies have been forced to show the world.

A website for #PayMeToo was launched Monday after the United Kingdom has been repeatedly rocked with revelations about the difference in earnings between men and women at the same workplaces.

Companies with more than 250 employees have been forced to reveal the gap between male and female employees under new legislation, with data from the public sector due Friday showing that nine out of ten pay men more than women and women on average receive 14% less.

Women in full-time work make about 80% of annual men’s earnings in the U.S.

Critics of the oft-cited statistic say that it is influenced by different hours and types of work, though Americans’ hopes of getting the most accurate information were quashed last year when the Trump administration ended an Obama-era rule where companies would have to report wage gaps by race and gender.

Beyond the public sector data already available, all private UK companies with more than 250 employees will be required to report their numbers by midnight on Wednesday.

“If we are serious about tackling the gender pay gap then we have to do more than publish data — we have to show we’re watching what happens next,” Labour Party parliamentarian Stella Creasy told the Guardian, which first reported the #PayMeToo movement on Monday.

Michelle Williams was offered only a sliver of what Mark Wahlberg was for reshoots of “All the Money in the World.” (Jordan Strauss/Invision/AP)
The PayMeToo website urges employees to talk to their coworkers about how much they are paid to find out about disparities.

Pay gaps at prominent employers have already made headlines, including BBC China editor Carrie Gracie blasting her employer for a “secretive and illegal pay culture” in an open letter this January.

Though the MeToo movement has focused largely on the sexual terrors of powerful men both in and outside the workplace, it has also included revelations of pay gaps, such as when actress Michelle Williams received only $1,000 compared to the $1.5 million her “All the Money in the World” costar Mark Wahlberg was given for reshoots of the film.

Beyond traditionally British companies, the data requirements have divulged information, searchable here, from the UK arms of major American corporations.