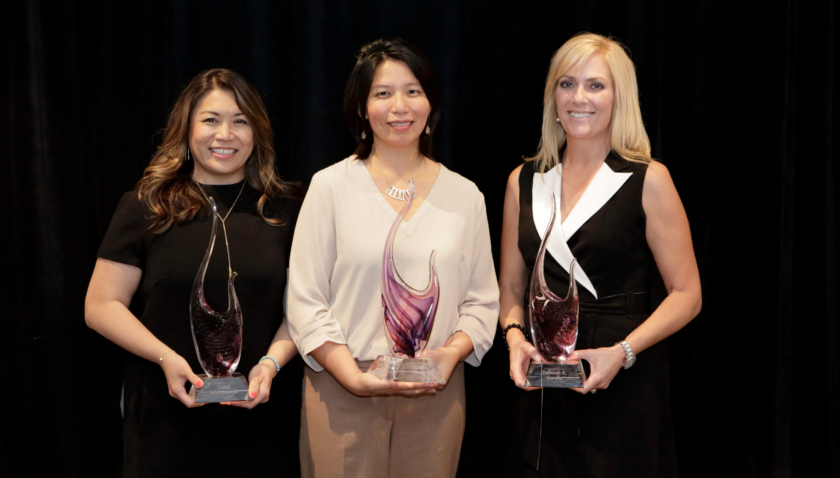 UNIVERSAL CITY, Calif. — Honoring the work they’ve done in the advancement of women in entertainment technology, Women in Technology: Hollywood (WiTH) May 17 handed out its second annual Leadership Awards to three winners who’ve made major strides in women in technology.

All three of this year’s honorees — Susan Cheng with Warner Bros. Technology, Deborah Fiorella with Universal Studios Hollywood, and 21st Century Fox’s Cybill Miklaszewski— used their time accepting the awards to call for better gender equality in Hollywood, and to praise the work WiTH and other groups have done to advance that cause.

“I’m very excited about where we’re at on this path toward gender equality,” said Miklaszewski, director of information technology and co-chair of Women in Tech at 21st Century Fox. She founded the Women in Tech program at 21st Century Fox in 2017 and currently serves as co-chair of the group. She’s also a founding member, and co-chair for [email protected], a group dedicated to developing female leadership.

“It’s important to have groups like WiTH and mentors to overcome the negative, habitual patterns of thought [with women in technology],” she said.

Fiorella, SVP, of information technology at Universal Studios Hollywood, and co-founder of TechWomen Los Angeles, used her time to remind the industry that by underpaying and underutilizing women in technology fields, it’s not doing itself any favors. She has 20 years’ experience leading the tech behind large-scale organizations and at Universal Studios Hollywood, she leads the strategy, design and support for all technology services at the famed theme park.

“Now more than ever, technology is in everything we do,” she said. “If the inequality isn’t enough to motivate you, the business problem should.”

Cheng, EVP of content technology and operations, and founder and leader of the Internal Diversity and Inclusion Steering Group, Warner Bros. Technology, said groups like WiTH — and the women-driven groups benefiting with the proceeds from the Leadership Awards — are key to bringing women up in the technology space. She founded the Internal Diversity and Inclusion Steering Group at Warner Bros. Technology and serves as vice chair on the board of the nonprofit Digital Diversity Network.

“With the power of the people in this room, we really have an opportunity to create leadership,” she said.