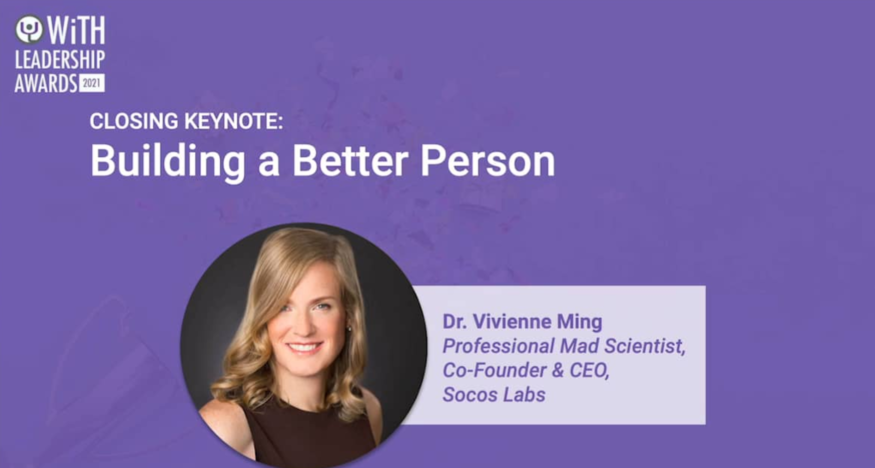 Attendees of the March 8 Women in Technology Hollywood (WiTH) Leadership Awards were treated to a keynote presentation by Dr. Vivienne Ming, co-founder and CEO of Socos Labs, director of OptoCeutics, chair emeritus for StartOut, and self-described “professional mad scientist.”

Her keynote address — “Building a Better Person” — saw Ming share insights into her personal story of self-doubt, passion to make a difference, and how the challenges she’s faced resulted in a simple goal: to make herself a better person.

“I have the coolest job in the world,” Ming said ahead of the event. “I invent cyborgs and AIs to treat diabetes and manic-depression, combat wage gap and The Tax on Being Different, and even reunite orphan refugees with family. To get this job all I needed to do was literally become a different person.”

A theoretical neuroscientist, technologist and entrepreneur, Ming says she is obsessed with using technology to maximize human potential. She’s frequently featured in global publications for her groundbreaking research and data-set inventions, and aimed to inspire attendees of the WiTH Leadership Awards event with her story.

Ming kicked off her keynote with a surprise statement: 2020 was actually pretty great on her end. 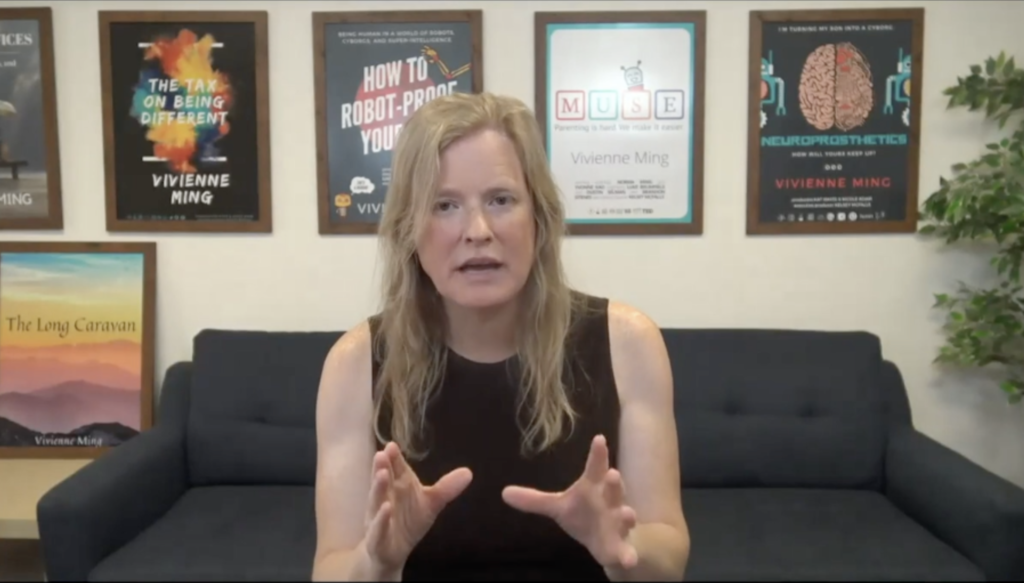 “I had a fun 2020, I don’t know about you,” she laughed. “Normally I’d have to fly around the world, give talks to people. I’m a misanthrope and the fact I got locked down and spend a whole year with just my family was pretty wonderful.

“It has been a hard year, but we’ve all had challenging times before.”

When she started her first company, which featured an AI that could recognize people’s faces, it was hard to grab people’s attention. One pitch — for $5 the AI would list out everyone on Facebook you found attractive — turned out to bring just the worst people and almost bordered on cyberstalking, she laughed. But enough people played with it to help train the AI’s neural network in ways she hadn’t anticipated. “There are all sorts of things you can do with facial recognition, and a lot of them are quite unsavory,” she added. “Like small and large companies analyzing someone’s face to determine whether they get a job or not.”

With 20 years of experience in facial analytics research, and another 15 of large-scale data analysis, that bias in hiring “is a lie,” and simply doesn’t compute. “However, I found there is some use, with a group that could really use some help … to understand faces, not just recognize them, but understand them. There are a million orphan refugees in camps around the world right now,” she said. “The U.N. has a book with a million photographs in it.”

The U.N. and Ericsson came to Ming’s company and the result was a tablet-based program that could match photos of orphaned and lost kids in a matter of minutes.

WiTH is an organization that serves as a catalyst for the advancement of women in entertainment technology, and the WiTH Foundation Board of Directors, which selects the Leadership Awards winners, includes representatives from women’s organizations at Amazon Web Services, Cognizant, Deluxe, Expert.ai, FilmTrack, Google, KeyInfo, Los Angeles Distribution & Broadcasting, Premiere Digital and Signiant.