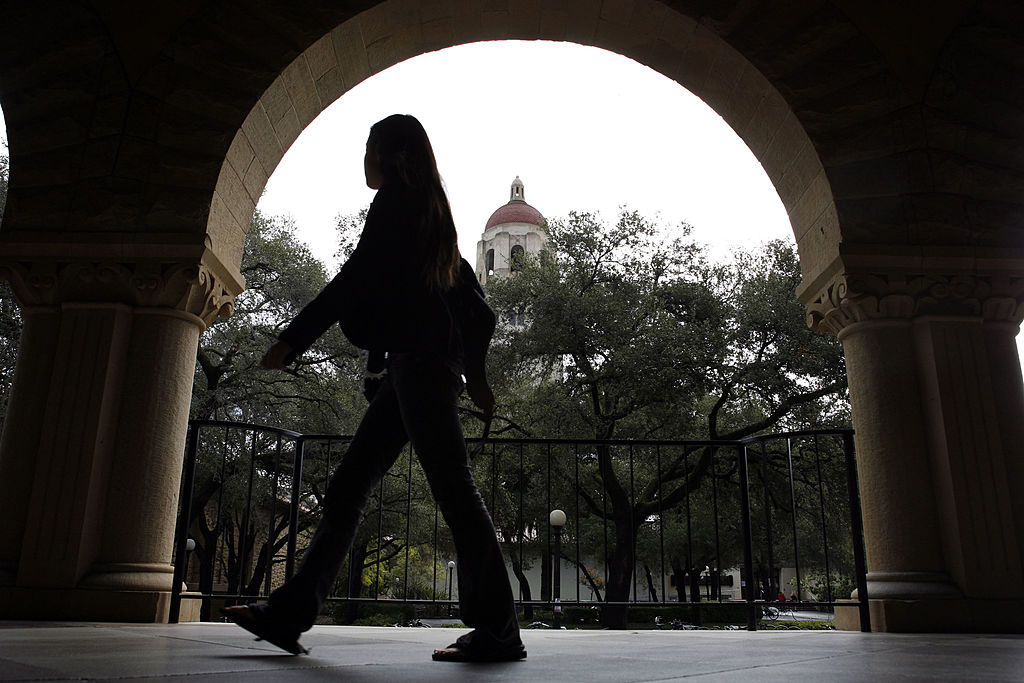 Glimmers of Hope for Women in the Male-Dominated Tech Industry

More young women are studying computer science in high school and at top U.S. universities than in the past.

When Christine Betts arrived at the University of Washington in 2016, she planned to study economics. After an introductory computer-science course inspired her, she changed her mind.

Betts joins growing ranks of women at influential schools entering the software field. The numbers at some colleges offer a glimmer of hope in an otherwise male-dominated industry. At Betts’s school, as well as Stanford University and the University of California, Berkeley, women represent about a third of computer-science students. It’s hardly gender parity, but the numbers are higher than they were five years ago.

Female enrollment at some other elite technical institutions is even more encouraging. This year, more women will graduate with computer-science degrees than men for the second time ever at Harvey Mudd College, a Southern California school whose alumni include creators of important web technologies like SQL, Flash and GitHub (all men). Maria Klawe, president of Harvey Mudd, has <a href=”https://www.bloomberg.com/news/articles/2014-08-07/harvey-mudd-s-klawe-maps-way-to-woo-young-women-into-tech” target=”_blank” rel=”noopener”>led an effort</a> to recruit more women and said doing so will improve technology for everyone.

“All of the most important challenges facing the world will require computer scientists to help solve them, and diverse teams find better solutions,” Klawe said. “The only way to meet the growing demand for people with CS knowledge and skills is to attract people who are not well represented now, e.g., women and people of color.”

At the Massachusetts Institute of Technology, 42 percent of computer-science majors are women, up from 34 percent five years ago. The ratio is similar at Carnegie Mellon University in Pittsburgh, where female representation was as low as 7 percent in the 1990s. “If we can do it, anybody can do it,” said Lenore Blum, a distinguished professor of computer science at Carnegie Mellon. “Now people are paying attention.”
<figure class=”” data-align=”center” data-id=”324851963″ data-image-size=”column” data-image-type=”chart” data-type=”image” data-widget-url=”https://www.bloomberg.com/toaster/v2/charts/4f098608fe2448e1b34ba103e2f1eb75.html?brand=technology&amp;webTheme=technology&amp;web=true&amp;hideTitles=true”>
<div class=”chart” data-responsive=”true”>
<div class=”chart-js”>
<h3 class=”chart__title”>Rising Numbers of Women Studying Computer Science</h3>
<p class=”chart__subtitle”>At top schools, more women are in computer-science programs than five years ago</p>

</div>
</div></figure>
Despite signs of progress at some schools, just 18 percent of undergraduate computer-science degrees go to American women, down from 34 percent in the early 1980s, according to government data. This has contributed to a gender imbalance throughout Silicon Valley. But the industry tends to make too much of the “<a href=”https://www.bloomberg.com/news/articles/2017-08-04/silicon-valley-can-t-count-on-someone-else-to-fix-its-pipeline” target=”_blank” rel=”noopener”>pipeline problem</a>,” which refers to the dearth of women studying computer science, and deflects blame for lack of corporate diversity on the education system.

In fact, many tech offices can seem less accommodating to female workers, especially with frequent reports of harassment and sexism. This may deter women from applying even for less technical roles or leadership positions. Merely getting more women to study software provides no guarantee that the graduates will seek careers in technology or stay in those jobs if they find them.

<aside class=”inline-newsletter” data-state=”ready”>
<div class=”tp-container-inner”></div>
</aside>But education is a good place to start. While the burgeoning numbers of women at top schools aren’t yet reflected across the university system more broadly, that should happen in time, academics said. As is typical in higher education, some institutions experiment to see what works, and other schools follow the most effective strategies. For example, Carnegie Mellon has long asked high school computer teachers to talk up its software engineering program with girls, a tactic other colleges have adopted.

“The leading programs have been earlier to recognize this as something that deserves attention and also may have had the resources to do something about it,” said Ed Lazowska, the chair of the computer-science department at the University of Washington in Seattle.

The technology industry is more preoccupied today than ever before with tackling big societal issues like education, sustainability, health care and the developing world, Lazowska said. Those broader goals should attract a more diverse crowd, he said. Female students are far more likely to say they chose their future computer career based on a desire to help people or society, according to a study from Mark Guzdial at Georgia Tech, where almost a quarter of computer-science students are women.

Another promising sign: The pipeline of women who might go into tech is filling even earlier. Last year, 26 percent of high school students who took Advanced Placement tests in computer science were girls, up from 17 percent a decade ago.

Betts, now a junior at the University of Washington, said it never previously dawned on her to pursue studies in computer science, even though she now realizes it aligned perfectly with her interests growing up. For years, she has loved grappling with logic problems, analytical games such as Sudoku and working in Excel. She said in high school, no one ever told her coding was an option.